Recognizing God's image in the life of every child.

Glimpses of Hope for Public Education

“Faith is the assurance of things hoped for, the conviction of things unseen.” – Hebrews 11:1

Where have you seen glimpses of hope for the children of South Carolina when it comes to public education? Earlier this year, I was very hopeful that a large education reform bill being proposed in The House would open the door for some significant changes and improvements for the children of our state. There was talk of consolidating school districts to save administrative costs. Increases in teacher’s salaries and plans to improve teacher retention were also proposed. There were actions that could reduce the number of mandatory tests being given which would allow teachers greater instruction time in the classroom. One version even called for teachers to have a 30 minute planning period. There also were increased funding proposals for schools in high poverty districts to use for building upgrades and for more instructional resources in challenged districts.

As part of the Fellowship of South Carolina Bishops, Lutherans, Methodists, Episcopal, Roman Catholics, AME, AME Zion and CME bishops have been advocating for many of these changes to take place. We have been partners in this effort ever since April of 2014 when as LARCUM, we issued a joint pastoral letter pledging “our commitment to support the full flourishing of public education in South Carolina.” Recently I learned that there are too many differences between the House and Senate versions of the bill and therefore it is unlikely that a large education reform bill will be passed by the end of this term. Instead much of it will be divided into smaller bills and passed onto next year’s legislative agenda. Although I am disappointed for the children of our state, I remain hopeful that significant reform legislation will eventually be enacted. 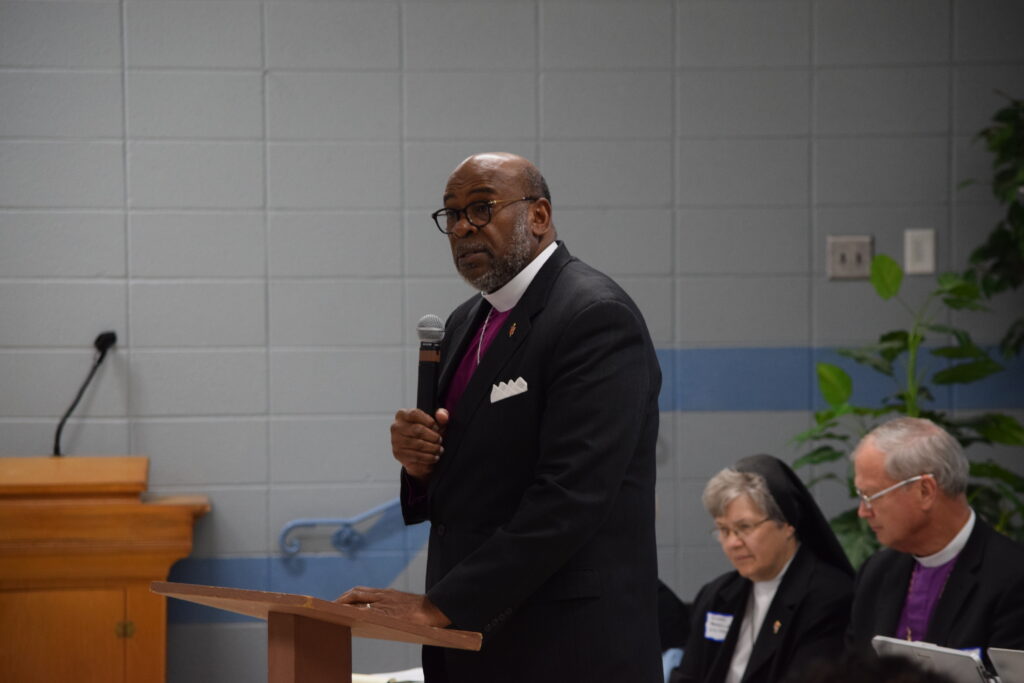 One of the clearest glimpses of hope for me came at a public listening post in Allendale this February. Now if any community has a reason to be discouraged with public education it is those who are living in the Allendale school district. Twice the superintendent of education has intervened, taken over schools and appointed new leaders for their school district. Often there has been a real disconnect between parents, school leaders and school board members about the needs and expectations of students. Yet in the midst of these real challenges, the overall tone of this meeting was that change is happening and there is real hope for the children in Allendale. Some signs of hope included an increase of volunteer reading tutors from 28 to 46 in the past year. Parents are becoming more involved in their children’s education. Community business leaders are offering more internships for high school students. Local churches and pastors are exploring some opportunities to work with students who are at risk. Perhaps the most encouraging thing of all was that these folks were not waiting to see what our legislators could do; instead they were coming together and supporting their children in Allendale. Positive change is happening in this community.

At this listening post, United Methodist Bishop Jonathan Holston made this observation, “It’s going to take all of us working together – legislators, administrators, parents of students, to make the education experience what it should be. Students can’t speak for themselves, so we have to advocate for them.”

I am grateful for the growing number of Lutheran Congregations in South Carolina who are finding creative ways to build partnerships with schools and be positive advocates for the children of our state. One of my highlights each week is when I go on Wednesdays to Sandel Elementary School to listen and read with a second grader there. Each week I see her confidence growing. Whether it’s through backpack feeding ministries, summer literacy camps, after school homework clubs, weekly reading tutors, or adopting a class at one’s local elementary school, Lutherans are “joining God in the neighborhood” helping children at risk which is the theme of this year’s assembly. It also explains why we have invited as our Assembly Keynote Speaker, South Carolina
Superintendent of Education, Molly Spearman, who will share with us some of the legislative changes that will pass this year, and also talk with us about how congregations are making a difference in the lives of children. We look forward to hearing from her about the many glimpses of hope for the children in South Carolina and their education.

In Mark 10, Jesus makes it clear how important children are when he said, “let the children come unto me and do not hinder them; for it is to such as these that the Kingdom of God belongs.” Can you imagine the many glimpses of hope we would all see more clearly if every child in our state was provided the educational environment and resources needed for each of them to flourish and develop their God given talents? That is something we can all pray for and work towards together.

Theme by Anders Noren — Up ↑